Always Already Podcast is a three-part radio show featuring book discussions and interviews with scholars/activists about critical theory, as well as impromptu advice-giving. We discuss a different critical theorist each episode who writes about political and social worlds from different angles. Join us!

This work is licensed under a Creative Commons Attribution 4.0 International License.

Join John, Emily, and the lamp specter of B for this week’s discussion of some of the work of Dutch anthropologist and philosopher of medicine, Annemarie Mol. In this episode, we read several essays of Mol’s spanning three decades, and grappling with such questions as: who know what a woman is and how do the sciences both create and obscure her? What does Actor Network Theory (ANT) make of such terms as “coordination” and “order,” and can ANT make good on the promise of “theory” more generally? How are the “real” and “political” implicated in and through one another, and what is the ontological turn in Science and Technology Studies?

Our conversation asks about the relationship between epistemology and ontology, about the consequences of these views for democratic theory and democracy more broadly, and we even try our hand at engaging in a little Rawlsian thought experiment! We’ll leave it up to you to decide how well it plays out. The episode closes with a My Tumblr Friend from Canada question regarding some recents comments made by Bill Nye the Science Guy about the relevance of philosophy to science and in general.

We would also like to announce the launch of our new Patreon account. The first few minutes of the episode are replete with details regarding donating to the podcast, and rewards for our patrons. Please give it a listen, check out the site here, and consider sponsoring us if you are a fan! We are greatly appreciative and (we hope) appropriately humbled and reflexive by/about our neoliberal subjectivity. Thank you for your support!

Thanks to listener dmf of Synthetic Zero for suggesting we read these texts.  Requests for texts for us to discuss? Dreams for us to interpret? Advice questions for us to answer? Email us at alwaysalreadypodcast AT gmail DOT com. Subscribe on iTunes. Follow us on Twitter. Like our Facebook page. Get the mp3 of the episode here. RSS feed here. Thanks to Leah Dion and to B for the music. 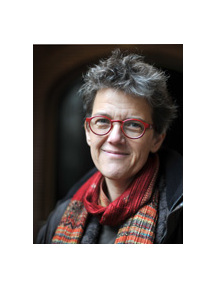 6 thoughts on “Ep. 38 – Annemarie Mol on Ontology, Science, and Politics”