Always Already Podcast is a three-part radio show featuring book discussions and interviews with scholars/activists about critical theory, as well as impromptu advice-giving. We discuss a different critical theorist each episode who writes about political and social worlds from different angles. Join us!
Join 324 other followers

This work is licensed under a Creative Commons Attribution 4.0 International License.

[Edited to add: Federici published an earlier version of this book in Italian in 1984; the English book Caliban and the Witch, published in 2004, as a synthesis of the earlier work and her ongoing research, thinking, and experiences, including time living in Nigeria in the 1980s. This context bears on our discussions of colonialism and the slave trade in the episode. Thanks to a listener for pointing this out.]

In this episode, join James, Emily, and John for a discussion of Silvia Federici’s Caliban and the Witch: Women, the Body, and Primitive Accumulation. We attempt to parse her engagement with/extension of Marx’s concept of primitive accumulation, and question whether the figure of the witch in this text is a historical materialist one, a metonymic one, or some combination of the two. We also ask after the analogizing of witch hunts with the slave trade, draw on James’s rich knowledge of witchcraft to interrogate the role of actual witches in the text, think through the idea of capitalism’s historical inevitability, and perhaps even reveal ourselves to be different kinds of Marxists in the process!

Thanks to listener Jonathan Lowell for the request to read Federici. Requests for texts for us to discuss? Dreams for us to interpret? Advice questions for us to answer? Email us at alwaysalreadypodcast AT gmail DOT com. Subscribe on iTunes. Follow us on Twitter. Like our Facebook page. RSS feed here. Thanks to Bad Infinity for the intro music, “Post Digital,” from their album FutureCommons; always already thanks to B for the outro music. For the mp3 of the episode click here. 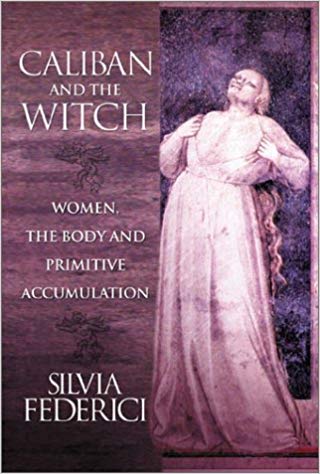